A record number of people are at risk of developing type 2 diabetes, increasing their chances of suffering a heart attack or stroke, the NHS has said.

A “growing obesity crisis” has led to nearly 2 million people in England being exposed to the condition that causes the level of sugar in the blood to become too high.

As part of efforts to tackle the problem, a radical new liquid diet will be available on the NHS to put type 2 diabetes into remission. Five thousand patients will be restricted to 800 calories per day for three months in a pilot to be rolled out from April. This will be followed by a further nine months of support to help them maintain weight loss. According to new NHS figures, there are 1,969,610 patients registered with a GP who have non-diabetic hyperglycaemia, a condition that puts people at risk of type 2 diabetes.

The health service said the problem could become greater still because of the rise in obesity levels. Projections indicate the growing number of diabetes sufferers could lead to 39,000 extra people suffering a heart attack in 2035 and more than 50,000 experiencing a stroke.

The NHS said one in six hospital beds were occupied by someone with diabetes.

The most common form of diabetes, type 2, is caused by problems with how the insulin hormone breaks down glucose in the body. ﻿The lifelong condition can increase the risk of serious problems with the eyes, heart and nerves, and is often linked to being overweight or inactive.

According to the NHS, there were more than a million obesity diagnoses in hospital admissions last year, up from 884,000 the year before. 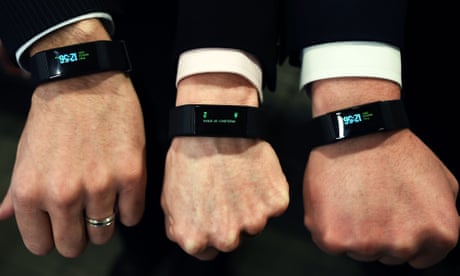 The NHS’s world-first diabetes prevention programme is doubling its capacity to prevent people from developing the condition. The programme identifies people at high risk of diabetes and supports them to live healthier lives and stop or delay the onset of illness through courses that last between nine and 12 months. It has received around half a million referrals.

He said: “Unless many more of us make a change, obesity-related illnesses will end up costing hundreds of thousands more lives and billions of pounds in higher treatment costs.”

Prof Jonathan Valabhji, NHS national clinical director for obesity and diabetes, said the stark figures showed the problem was not limited to middle-aged or elderly people, with about 115,000 younger people suffering type 2 diabetes or at risk of developing the condition.

Chris Askew, chief executive at Diabetes UK, said: “More than half of all cases of type 2 diabetes – and the devastating complications it can lead to – could be prevented or delayed by supporting people to reduce their risk by losing weight where appropriate, eating healthy food and being more active.”